How to help your children become happy teenagers. 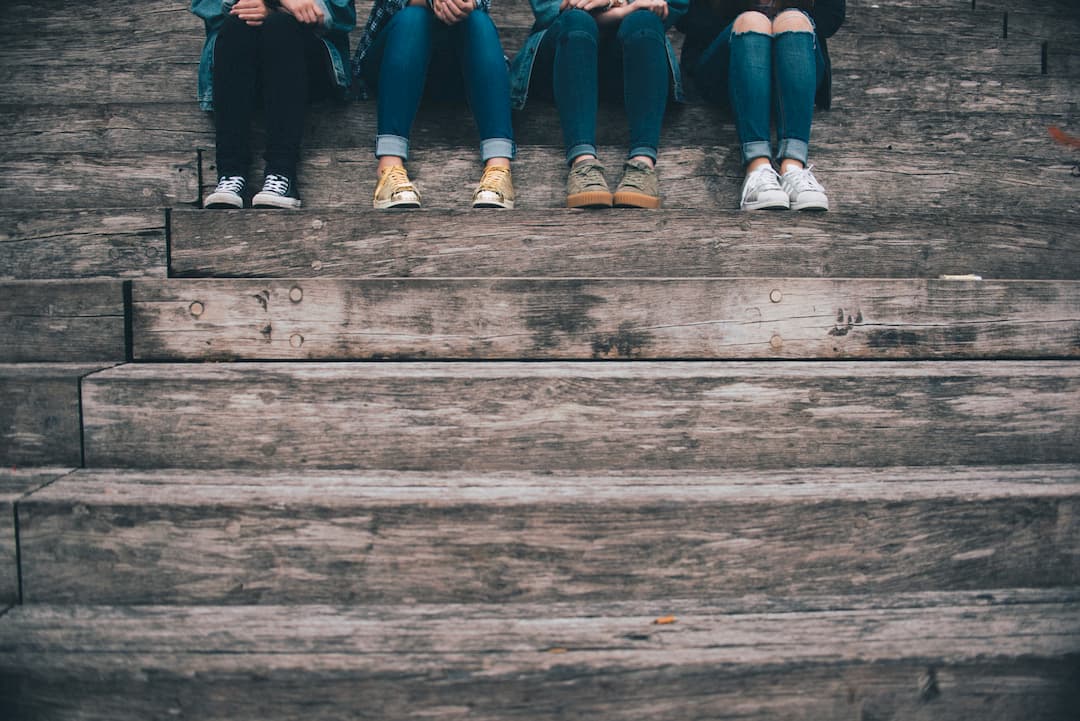 There is increasing recognition by schools and parents that we need to help children develop their emotional intelligence and learn to nurture their own happiness. Whereas in the 1950’s depression was something that might set in in our early 30’s, today we know that the early onset of depression occurs at just 13, and that this generation of ‘Millenials’ (those born since 1984) have lower self-esteem than any other. So there is a real need to offer pre-teens opportunities to develop knowledge, skills and attitudes, that will safeguard their happiness.

As a qualified MiSP teacher, I recently held my fourth dot.b mindfulness-for-teens programme to a group of 48 fifteen year old girls. They attend a ‘non-aggressive’ and ethnically diverse independent school in South London. After briefly explaining the course content, I was saddened, but not surprised, to hear what they hoped the 6-hour course would bring them and what they feared the most, which we shared anonymously.

Top of their list of desires was to stress and worry less. In fact, half of them quoted this as what they most hope for. Next, over a quarter of them said they would like to have more self-confidence; a little surprising, as they had all been ‘selected’ for their ability four years earlier, in exam rounds that now see 7-10 children compete for 1 place. Third in the list, over a fifth of them hope for happiness, or as two girls put it “to actually be happy” and “to feel real happiness for once in a long time”.

Reassuring them that the course would help with the above, we then explored their fears and worries. Despite being 16 months away, over half were anxious about their GCSEs or exams in general. Given that they had sat Mocks a month earlier, that wasn’t too surprising. However, what followed was. Over a fifth of the 15 year olds in this friendly school, shared that they feared others’ negative opinions, being judged or not being liked. One girl stated that she worried “that people don’t like me, that they are all being fake to me” and another said “I’m scared that everyone thinks I look awful and hate me but are too nice to say so and put up with me”. But most alarming to me was the third most common worry: loneliness. Over 20% of the room feared being alone.

Luckily, having taught mindfulness to nearly 1700 children and adults over the last two and a half years and received feedback from each one, I was able to rest assured that 9 lessons later, if not before, these girls would have tools to alleviate their worries. But it did get me thinking. How is it that our teenagers, who spend 8 hours a day among friends and are constantly connected and communicating on social media, fear being alone?

In his fabulous talks, Simon Sinek explains that the adolescents of today live for peer approval. They skilfully put on a false image of being tough and ‘sorted’ on social media, that it is no wonder that they don’t believe what others say about them. Also, they have got into the habit of using texting when they are lonely, rather than face-to-face connections, relying on dopamine-releasing replies for approval and company.

So how can Mindfulness reduce teens’ stress, low self-esteem and loneliness? Underpinning this practice (at its least) or lifestyle (at its best), are seven founding attitudes. When practiced daily for as little as 10 minutes, they enable us to know where our attention is, focus on the good and be happy, joyful and at peace with ourselves and the world.

How? First, we learn non-judging. Fourth on the girls’ hopes, it encourages us to criticise ourselves and others less. Second, we learn to strive less. Not be less ambitious or determined, but have a gentler approach to our ambition and determination, which came to mind as I read one girl’s worry that she ‘wouldn’t achieve any of her goals in life’ at just 15! Thirdly, mindfulness encourages us to practice patience. Only one girl quoted this as a hope, but a lot of the stress felt by others stemmed from wanting things to happen more easily and faster. Indeed, Simon Sinek, best-selling author, ocnfirms that this generation seek instant gratification and have little patience.

Fourth, we learn to have a beginner’s mind. A quarter of the girls hope to day-dream less, concentrate more or focus better on schoolwork, easier if we approach each moment with curiosity. The fifth attitude is trust; that what is happening is exactly what we need now and will serve us. Next Mindfulness teaches us to accept; events, our ability, our bodies … the latter being a fear held by one sixth of the girls. And finally we learn to let go, of the past, of arguments, of exam results, of things we can’t change, to enable us to be at peace.

Statistically, for five teens in that group, anxiety or depression is already a reality that the course can only help relieve and keep from recurring. The practical breathing and attention skills they will learn, if practiced, will set them all up for a happier, more joyful and more peaceful adolescence and adulthood. To reduce that number however, we need to bring these tools to our children earlier. Dot.b offers priceless life skills to pupils aged 13-18, however schools can ‘teach’ happiness by introducing courses such as paws.b to children as young as 7.

How? Having a Mindfulness champion is key, whether it’s the head, deputy head, SENCO/ELSA or PCSHE co-ordinator. The MiSP offer great teacher training courses. Some schools prefer to hire external trainers, such as myself, to provide expert input, encourage a teacher to take on the role, or lighten the teachers’ load. Both require a budget; about £1000 for the former or just £20 per pupil for the latter. As budgets are tight in the state sector, schools I work with are creative, using pupil premium, sports budgets or getting support from PTA funds. At the very least, there are resources that teachers and parents can use, such as my Mindfulness Shuffle (published by Findel LDA), which offer easy to follow, simple exercises to help develop our children’s emotional intelligence mindfully and consequently safeguard their happiness. For every mind matters. Mindfulness and Self-Compassion Teacher, Motivational Speaker and Life Coach, dedicated to helping you transform the relationship you have with your thoughts, your self-worth and your dreams – so you can start leading the life you desire, rather than put your happiness and your dreams on hold because of disempowering thoughts.

For people committed to self-compassion, presence and making their dreams come true.

Please login using your details below: